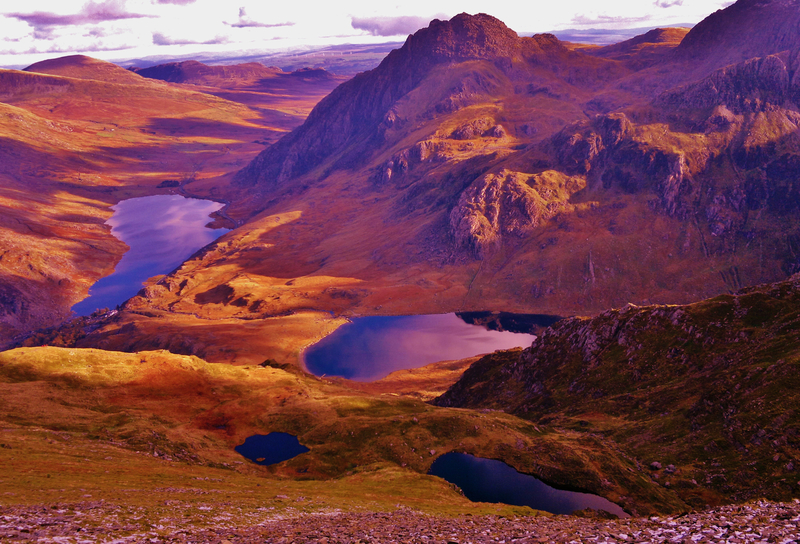 A  holiday  in the UK would be incomplete without experiencing the outstanding countryside that lies beyond its famous cities. Hire a car and venture out of the urban sprawl to discover the supreme natural beauty of the country’s national parks, of which these are our favourites.

Of all the national parks in the UK, the Lake District in northern England is arguably the best known and loved. 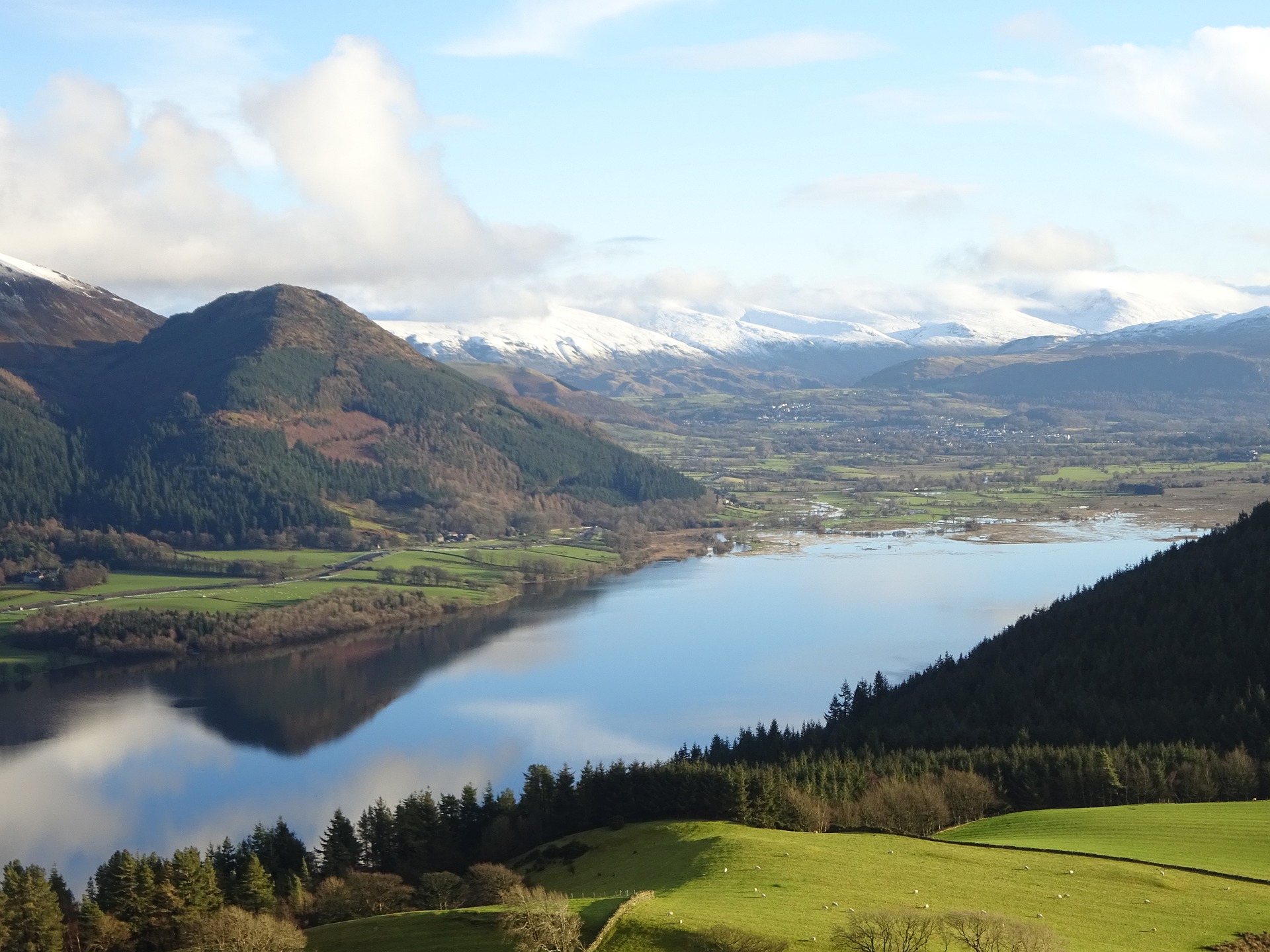 Its dramatic hills provide plenty of challenging walks for keen hikers, but there are gentler strolls to be had around the shores of the lakes, the biggest and most well-known of which is Windermere. 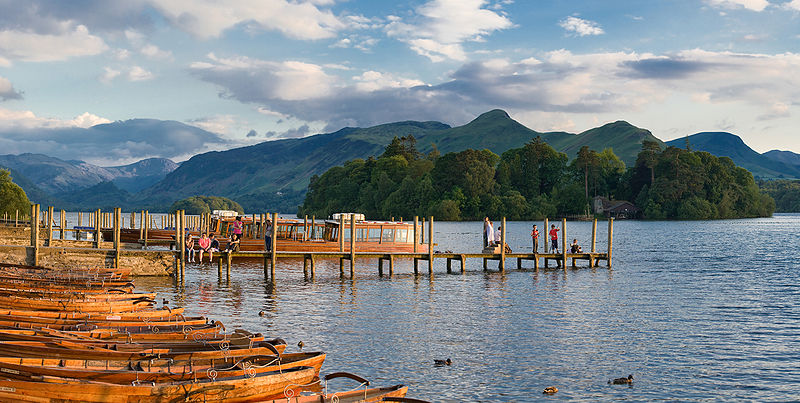 Famous for being the place where the poet William Wordsworth ‘wandered lonely as a cloud’, and where Beatrix Potter dreamed up her Peter Rabbit tales, the Lake District has numerous places of historical and cultural interest as well as its dramatic landscapes.

For international travellers, Manchester airport is the most convenient. If you plan to travel from London, we recommend taking a train from London to Manchester and then hiring a car to take you north to the Lake District.

The Peak District lies mostly in northern Derbyshire, to the south-east of Manchester, and was the UK’s first designated National Park. Its rugged beauty has won it a great following, with pretty villages full of stone cottages punctuating an otherwise wild moorland landscape.

Within the Peak District is the town of Buxton, where a natural spring supplies bottled mineral water sold around the UK. 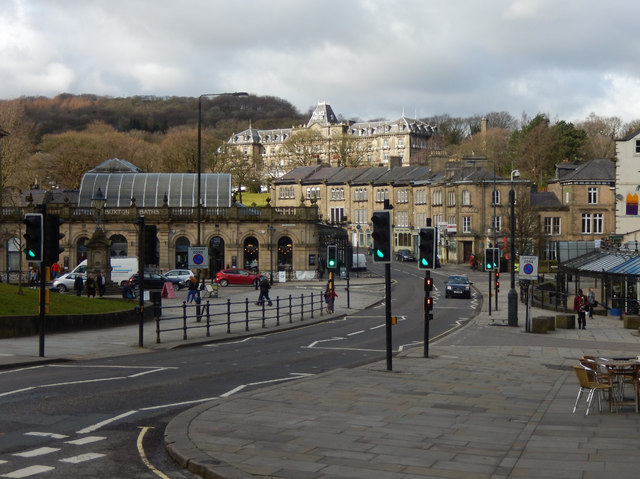 Among the most popular Peak District attractions is Chatsworth House, a stately home with some of the best gardens in the country. 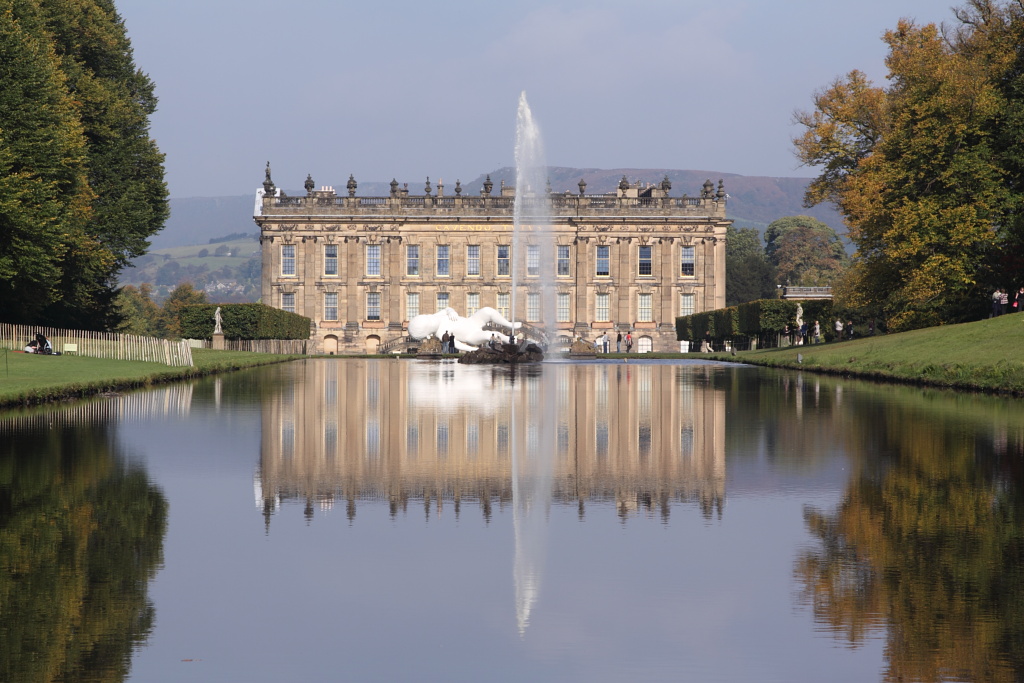 Also worth a visit is the charming town of Bakewell, home to the world-famous Old Bakewell Pudding Shop, the original founder of the popular English dessert. 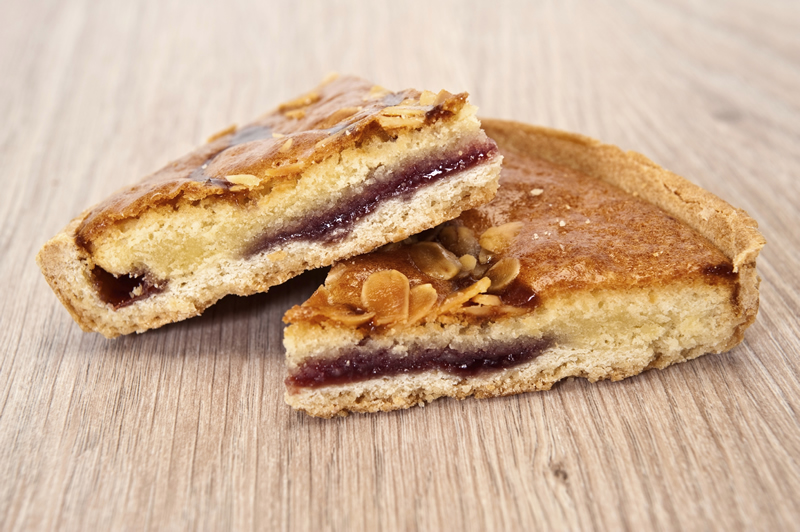 Fly into Manchester or Leeds Bradford airport, or get the train to Sheffield or Manchester from airports further afield. Rent a car to get out into the countryside.

Spectacular mountain scenery characterises the most famous Welsh national park, Snowdonia, where sheltered valleys, sprawling forests, crystalline lakes and waterfalls all contribute to the unforgettable landscape that continues to be a favourite with walkers. 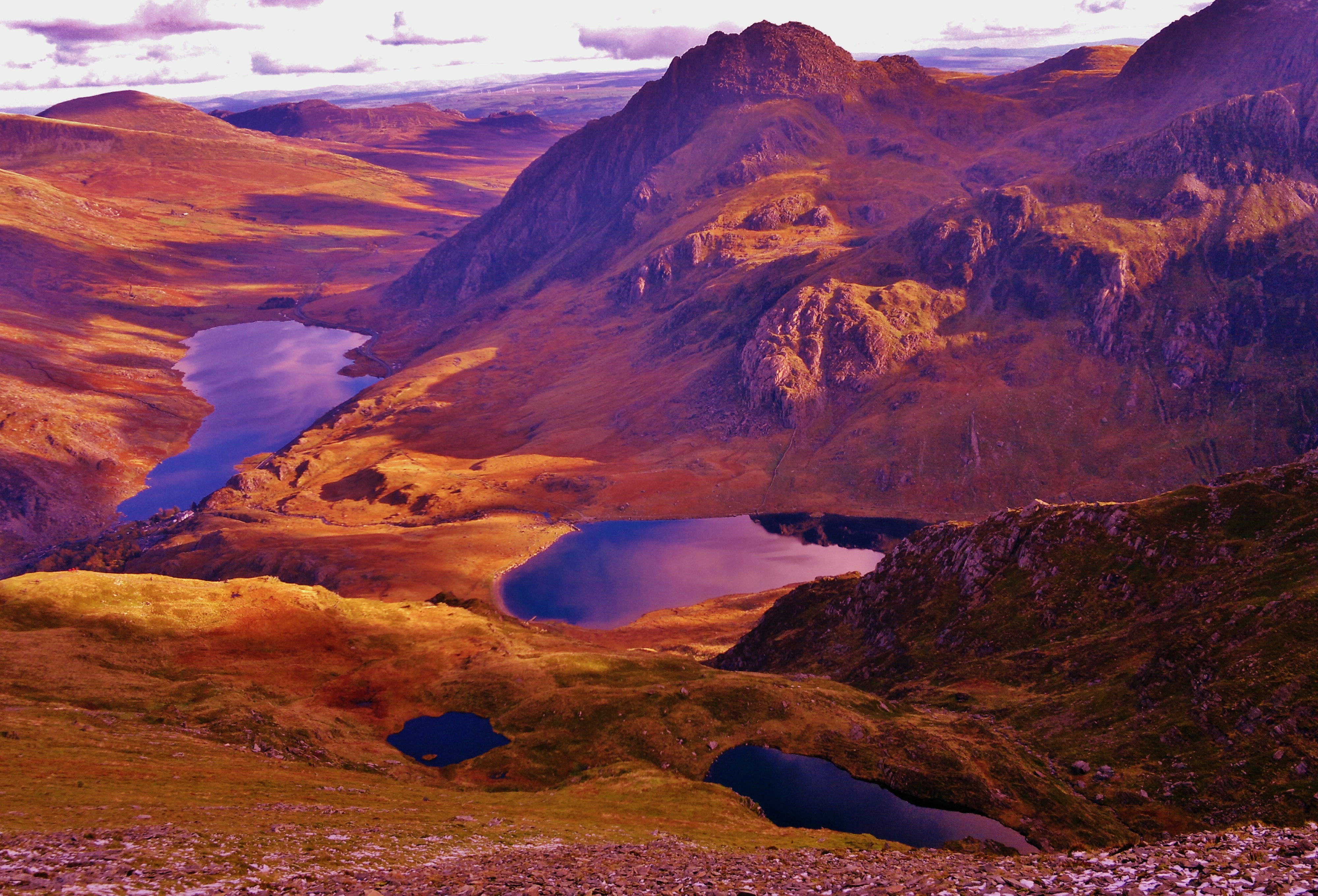 Among its many treasures, the peaks of Snowdon and Cadair Idris are the most popular; Snowdon, the highest peak in Wales, has the added benefit of a mountain railway to get you to the summit if the climb is too strenuous. 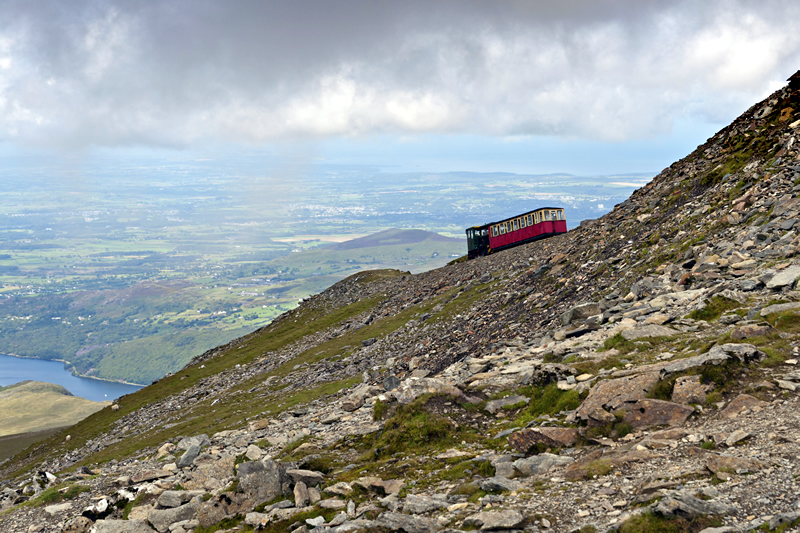 Fly into Manchester, Liverpool or Birmingham international airports and hire a car to take you into the mountains.

The beauty of the Yorkshire Dales National Park is accentuated by the way man has tried to tame this rugged wilderness over the centuries.

The farming landscape is segregated by traditional dry stone walls and dotted with isolated stone farm houses, while each ‘dale’ or valley has an atmosphere of its own.

Fly into Leeds Bradford or Manchester airports, or get the train to York or Leeds from London or elsewhere. Rent a car and explore the area’s picturesque villages and walks at your own pace.

Exmoor National Park is known for its picturesque moorland, tranquil forests and stunning coastline, where visitors come to admire some of the best sea views in the country. On a walk here, you might stumble upon prehistoric archaeology, or catch sight of beautiful red deer. 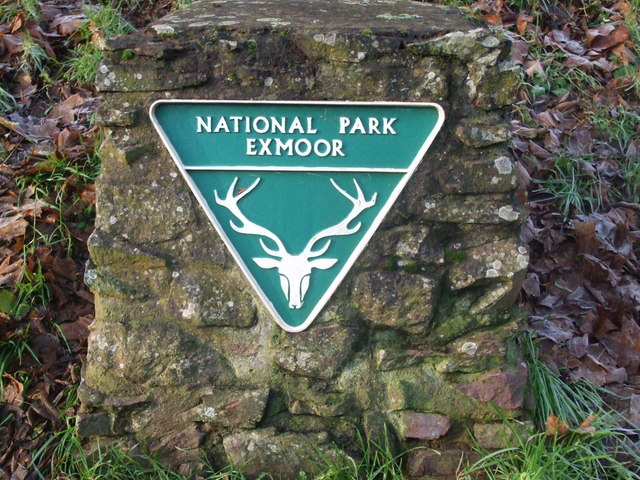 Undoubtedly one of the most delightful features of Exmoor National Park, however, is its wild ponies, which roam free and can frequently be spotted by the roadside as you drive through the moorland. 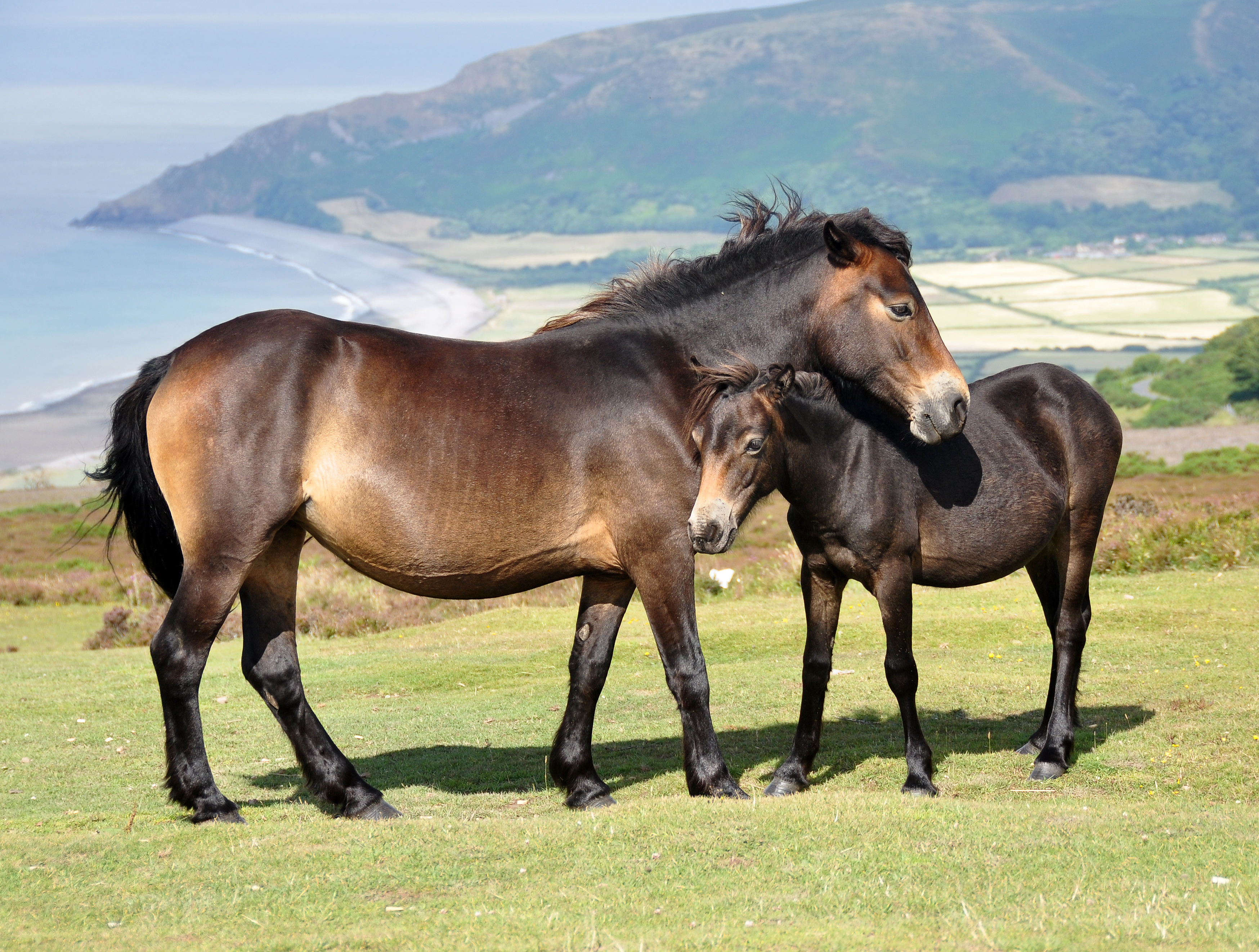 Fly to Bristol or Cardiff and hire a car to drive into the park. If arriving from another airport, get the train to Taunton, Tiverton Parkway or Bridgwater before hiring a car.

The UK’s largest national park can be found in Scotland, where spectacular mountains and forests make for some splendid walks.

Adding to the appeal are famous whisky distilleries, and some impressive castles that speak of the area’s history — not least Balmoral, the Queen’s Scottish residence and the place where Queen Victoria famously fell in love with the Scottish Highlands. 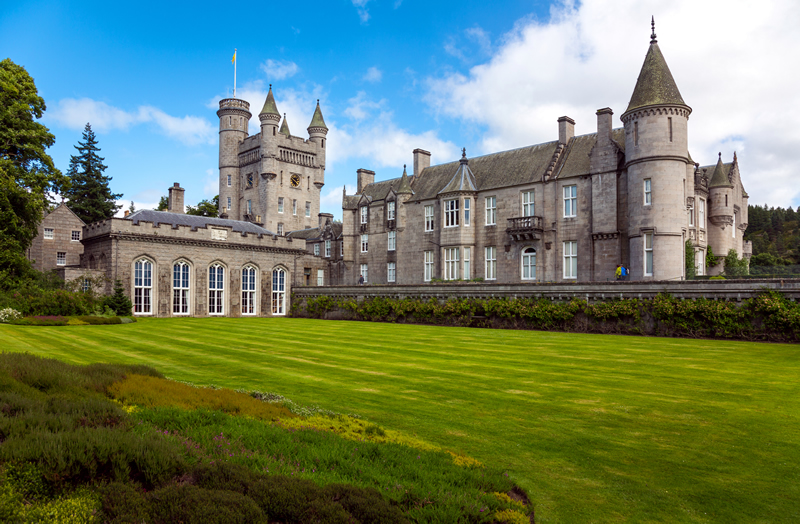